Buy and Sell from other members.
Post Reply
7 posts • Page 1 of 1

Cable is in excellent working order and comes in a handy carry case. 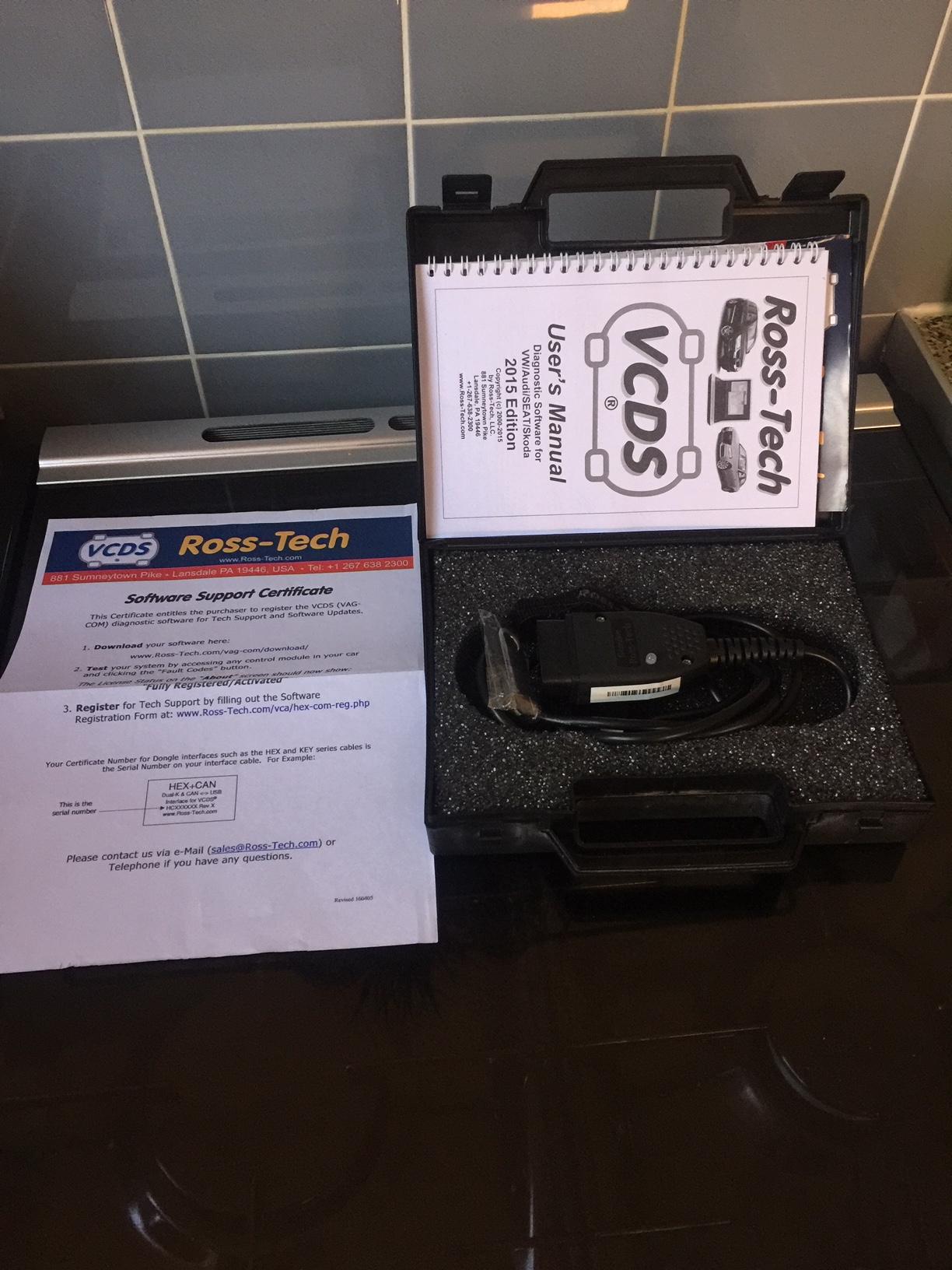 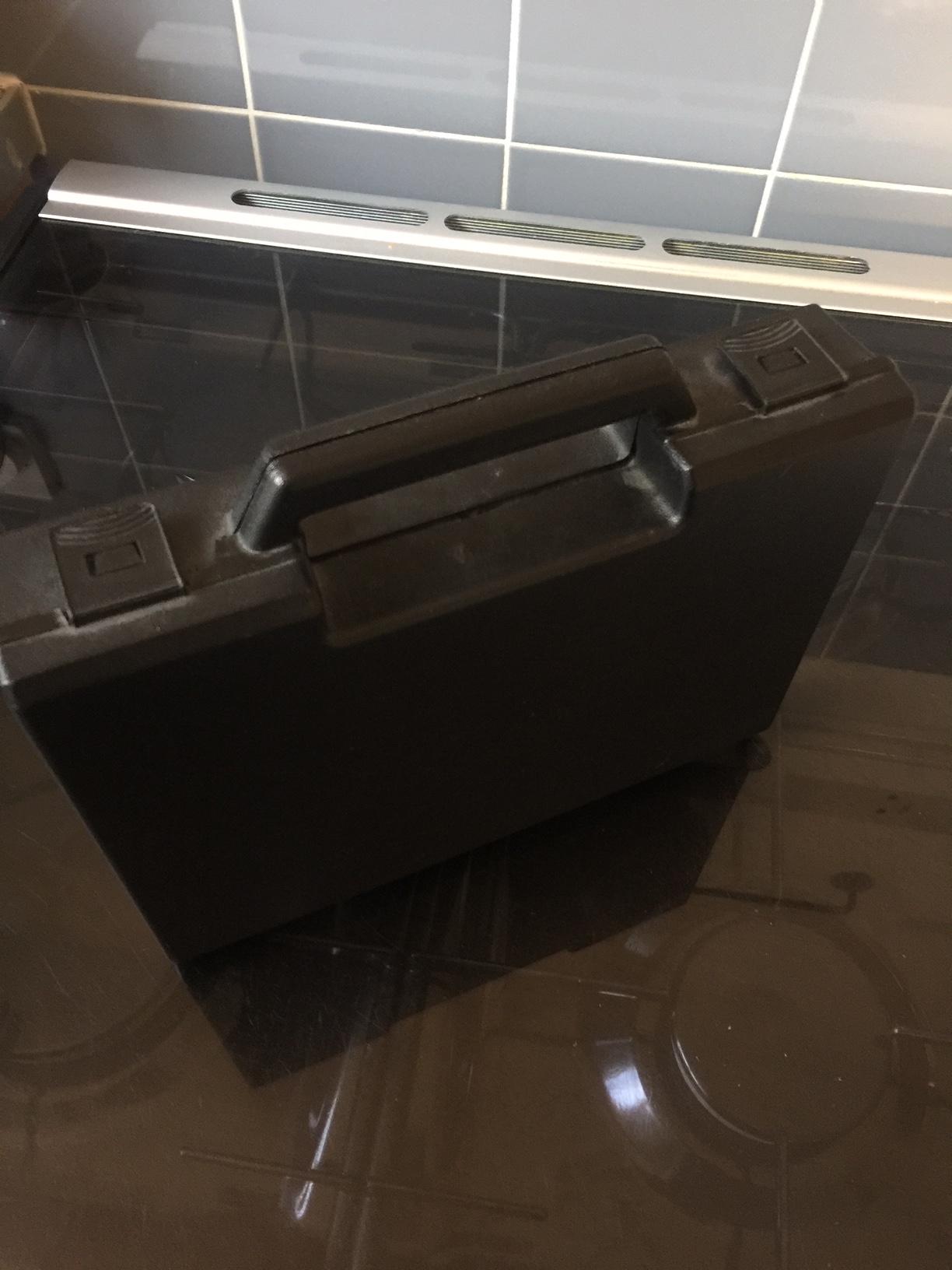 Please see below for more details on the item which has been borrowed straight from the official Ross-Tech website.

Click for larger picture Features:
• USB connector plugs into most modern laptops!   (USB 1.1 or 2.0) A Serial Port version was also available; click here for full specs.
• Compatible with all the latest cars which require a direct CAN connection for diagnostics.
• Fully backwards compatible with older cars using a single K-line or  K plus L.
• Protocol timing indistinguishable from a real VAG/VAS tool.  Works reliably even with "difficult" control modules such as the 1991-1994 1Z Audi TDIs and the 1993-1994 Audi 2.6L with Hella ECU.
• Built-In VAG-Saver functionality -- instantly alerts the user if either the K/K1 line or the L/K2 line is shorted to Ground or Vbatt.
• Full support for dual-K lines found in B6/8E chassis Audi A4 and 2002+ Audi A6 -- no VAS-6017 required -- no manual switches!
• Bi-Color (red/green) status/activity LED
• 12 month guarantee against defects.
This interface comes with an OBD-II type connector which plugs right in to most 1994 and newer VW's and 1996 and newer Audis.   Most 1990-1995 Audis and 1990-1993 VW's have the "2x2" data link connector, click here for more info.
Compatibility:
This interface works with all diagnostic-capable VW, Audi, Seat, and Skoda models from 1990 through 2015.  It does NOT fully support the following vehicles:
2016+ Audi Q7 (Rest-of-World) Chassis 4M (2017+ North American Region chassis F7)
2016+ Audi A4 B9 (Rest-of-World) chassis 8W (2017+ North American Region chassis F4).
2017+ models (including all MQB-A0 cars such as the SEAT Ibiza KJ)

Computer Requirements:
We recommend at least a 1 GHz Pentium-3 (or AMD equivalent) with 128 MB of RAM and Windows XP or newer.  Windows Vista, 7, 8. 8.1, or 10 on a machine robust enough to support the respective operating system are also fine.  As of version 10.6, we no longer support Windows 95, 98, ME or NT4. If you're using a PC that has a CPU speed less than 1 GHz and which has a Serial port, then you should consider the Serial HEX-COM+CAN instead.
Extending this Interface:
The cable on this interface is about 6 feet long -- just right for most laptops.    The USB standards do not allow for passive extension cords!    We have tested many Active USB extensions and have found one that works. You can order the 16-ft Active USB Extension from our Store. We do not sell or support any other brands or models of USB extensions, if you have problems when using one,  the first thing we're going to tell you is to eliminate the extension.
If you plan to use a desktop PC, we recommend you buy a serial HEX-COM+CAN Interface instead.
Resale:
This interface acts as a "dongle" for VAG-COM, so the software should be fully functional on any PC you use with the HEX-USB+CAN.  However, product support is provided only to the original purchaser.  If you buy a second-hand HEX-USB+CAN from someone and want support, you'll still need to pay $99 to register.
Software:
The HEX-USB+CAN should be used with the latest version of VAG-COM software.
Known Issues:
This interface performs best with Windows XP, Vista, 7, 8, 8.1, or 10.   It can be used with Windows  2000, but performance may be somewhat degraded if using Windows 2000 and compatibility with "difficult" control modules may be reduced.
2020 Tiguan R Line Tech 2.0 DSG Diesel 150hp
Spec - Leather - Heated Seats All Round - Running Boards - Gloss Black Mirrors & Spoiler -Tints - Red Brake with Black Hubs & Decals
- Custom R-Line Mats - Pedal Box
Top

Yes I knew it wouldn’t of supported the MK2 Tig but as fellow members on here have also different cars/knew people that it could of helped I though it might of been relevant.
2020 Tiguan R Line Tech 2.0 DSG Diesel 150hp
Spec - Leather - Heated Seats All Round - Running Boards - Gloss Black Mirrors & Spoiler -Tints - Red Brake with Black Hubs & Decals
- Custom R-Line Mats - Pedal Box
Top

Return to “For Sale / Wanted”

Our VW Tiguan MK2 Forums are free to join and open to all.

Copyright 2015. Not associated with Volkswagen.